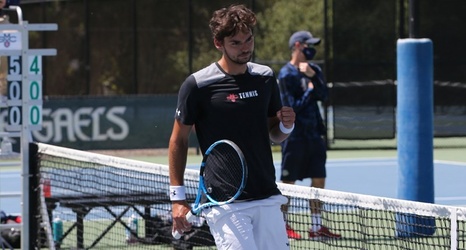 SAN MATEO, Calif. — Despite the challenges of online learning, the Saint Mary's Men's Tennis team was able to thrive academically this year. The Gaels are represented by a player on the WCC All-Academic Team to go with two honorable mentions.

Graduate student Matis Bot was a star on the court this season with a 10-6 overall record, going 4-2 in conference play. He still found time to succeed in the classroom, making the All-Academic First Team for his 3.48 GPA while going for his Master's in Business Administration. Bot was an All-Academic Honorable Mention last year.