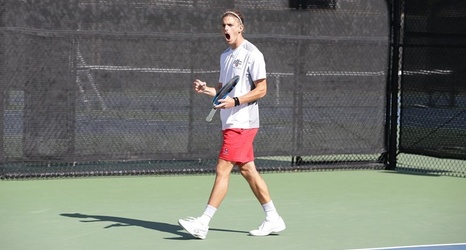 The Gaels churned out two wins in doubles play to earn the point and also led in the third match on court 2. SMC's top tandem of Boris Reckow and James Watt won a convincing 6-3 match and was followed by a win by Karlo Divkovic and Matis Bot on court 3, 6-4.

Singles action went equally as well for the Gaels as they claimed five of the possible six matches.