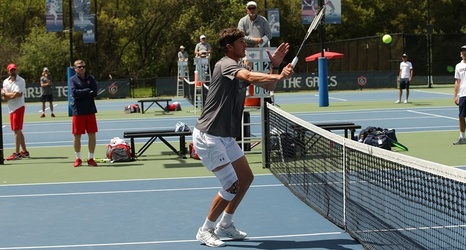 MILWAUKEE — Saint Mary's closed out the Milwaukee Tennis Classic on Saturday with two singles matches in the consolation bracket.

James Watt took on Martins Rocens from NC State and battled all the way to a 6-6 set but was forced to retire before the match could finish.

Damon Kesaris was set to take on Marquette's Luke Smrek but retired from the match before play began. Both Rocens and Smrek would win their next match in the consolation bracket.

UP NEXT: AGGIE INVITATIONAL