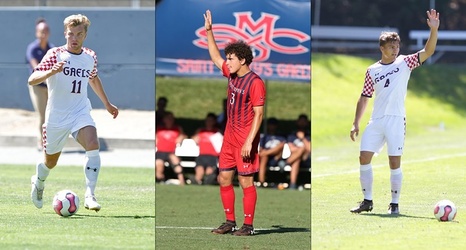 SAN BRUNO, Calif. — The West Coast Conference announced their 2019 All-Academic Team on Tuesday and three Gaels made the cut for their hard work in the classroom: Valentin Sponer, Anders Engebretsen, and Filippo Zattarin.

At the conclusion of each athletic season, the WCC selects an all-academic squad for each WCC-sponsored sport. To be considered, a student-athlete must maintain at least a 3.20 cumulative grade point average while also being a significant contributor to her team.

Sponer, a junior, recorded a 3.93 GPA while studying physics. The senior Engebretsen owns a 3.