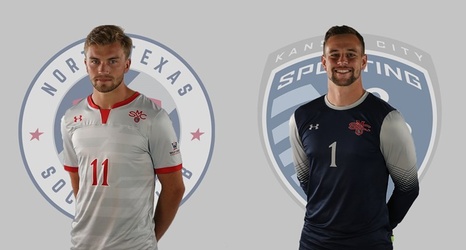 MORAGA, Calif. — Two former Gaels, Anders Engebretsen and Remi Prieur have been signed by Major League Soccer teams this winter and will head to their respective USL teams when play resumes later in the spring.

Engebretsen was drafted in the fourth round of this year's MLS SuperDraft by FC Dallas and will suit up for North Texas SC, a member of USL League One. The 24-year old forward had one of the best offensive seasons in Saint Mary's history this past fall as he tallied 40 points en route to being named West Coast Conference Co-Player of the Year and becoming the first Gael to ever be selected as a First Team All-American.