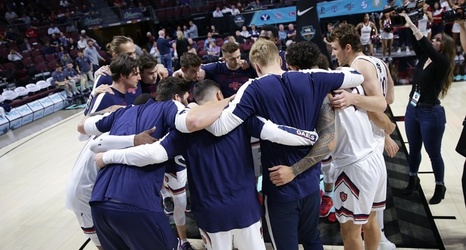 SAN BRUNO, Calif. — The West Coast Conference announced their 2020-21 Preseason Men's Basketball Coaches Poll this morning which pegged the Gaels to finish third in the standings and elected Matthias Tass to the Preseason Team.

Saint Mary's received 63 votes to trail only Gonzaga (81) and BYU (69) in the projected polls. Following the Gaels are Pepperdine (57), San Francisco (52) and Santa Clara (38). SMC tied for third in the WCC standings last year.

The preseason selection for Tass is the first of his career and his first ever All-WCC recognition.