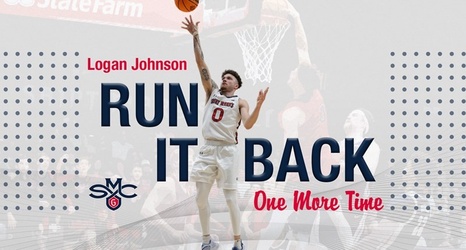 MORAGA, Calif. — Senior guard Logan Johnson, named to the All-West Coast Conference Second Team during the 2021-22 season, has announced his to return to Saint Mary's for his fifth collegiate season. The Mountain View native has decided to use the extra year of eligibility granted from the NCAA following the COVID-19 pandemic, making him eligible to play during the 2022-23 season.

Johnson was named First Team All-WCC one season ago and backed up his Preseason All-WCC honors by making Second Team as a senior. Johnson won the WCC Player of the Week award twice and ranked third on the Gaels with 11.