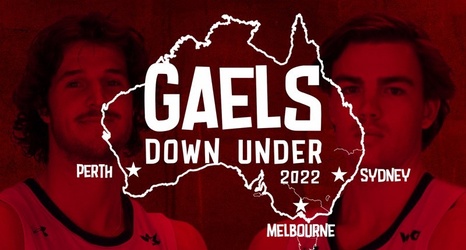 MORAGA, Calif. — Saint Mary's Men's Basketball announced on Wednesday the dates and schedule for their foreign tour to Australia beginning on the first week of August. The 12-day tour is the first for the Gaels since 2018, and marks a return to Australia where the Gaels will play six games.

Saint Mary's will leave the Bay Area on the night of August 2 on a flight to Sydney, Australia, where the first four days of the tour will take place. After landing on August 4, the Gaels will have a few days to practice before the first of two games in Sydney, taking place on Sunday, August 7.