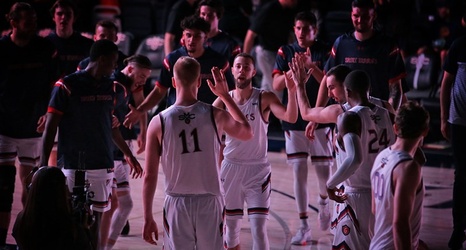 INDIANAPOLIS (USBWA) – The U.S. Basketball Writers Association has selected 46 standout players for its initial watch list for the Oscar Robertson Trophy, presented to the men's national player of the year.

One of those 46 is Gaels' senior guard Jordan Ford who has now been named to six prestigious watch list awards. Ford is currently averaging 21.1 points per game, 2.1 assists, and shooting 45 percent from 3-point range.

Since its founding in 1956, the USBWA has named a national player of the year. In the 1997-98 season, the award was named in honor of the legendary Oscar Robertson, "The Big O.