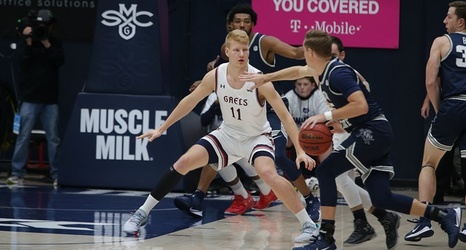 MORAGA, Calif. — Saint Mary's defense stepped up on Thursday night in McKeon Pavilion as the Gaels grinded out a 61-49 win over Northern Illinois.

HOW IT HAPPENED
Tanner Krebs led the team with 14 points while going 4-for-6 from deep and also grabbed six rebounds. Malik Fitts had his third straight double-double with 13 points and 12 rebounds while Jordan Ford tallied 12 points.

Kristers Zoriks was the fourth Gael with 10 or more points and posted his second consecutive game in double-digits as he put up 10 in 24 minutes of play.