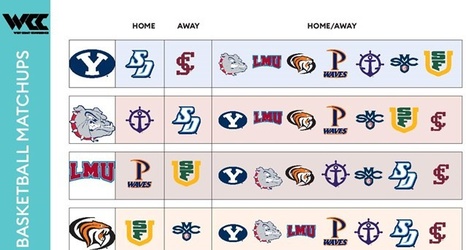 SAN MATEO, Calif. — The West Coast Conference has announced the 16 conference matchups for each of its 10 men's basketball teams for the 2021-22 season. This is the fourth season the WCC will play a 16-game schedule after changes adopted by the WCC Presidents' Council as part of the Conference's Men's Basketball Enhancement Plan prior to the start of the 2018-19 season.

These schedule initiatives demonstrate the league-wide commitment by West Coast Conference Presidents and Athletic Directors to adopt an innovative approach to advance men's basketball on the national stage as a multiple NCAA bid Conference.