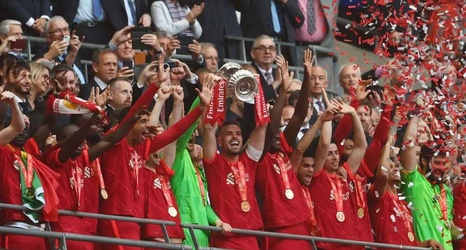 Liverpool kept their hopes of winning the quadruple alive with a 6-5 penalty shootout victory over Chelsea in the FA Cup final at Wembley Stadium on Saturday.

The sides, meeting in a second domestic cup final this season, played an entertaining, scoreless draw over 120 minutes before deciding it on penalties.

It was a carbon copy of the League Cup final in February, which Liverpool won 11-10 on penalties after that game also finished goalless.