Hovda Tabbed as Student-Athlete of the Week 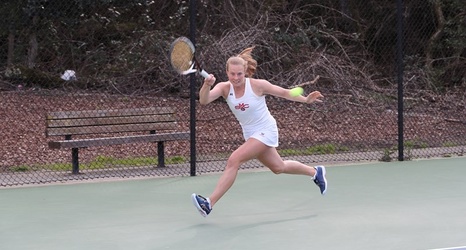 MORAGA, Calif. — Women's tennis freshman Lene Mari Hovda has been named the Saint Mary's Student-Athlete of the Week for the period of Feb. 24 to Mar. 1 after picking up two wins over the weekend.

Hovda went undefeated as the No. 3 singles player in Saint Mary's matches against Oregon and Fresno State. The Norweigen won both her matches in straight set fashion and only dropped a combined nine games across four sets.