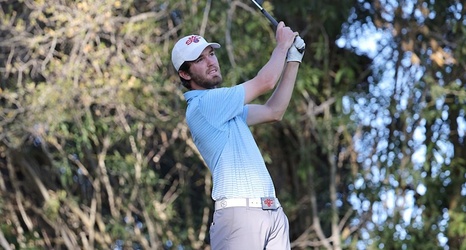 SAN MATEO, Calif. — The West Coast Conference announced their annual All-Academic team for men's golf on Thursday afternoon, and the Gaels landed four golfers on the list. Included amongst the honorees is Blake Hathcoat, who has been named to the All-Academic First Team for the fourth time in his SMC career.

For Hathcoat, being eligible four years on the All-Academic team was made possible by the COVID-19 pandemic, allowing him to return for an extra season. He made the most of it in 2020-21, leading the Gaels with an average score of 71.