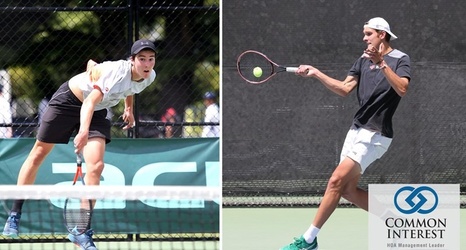 Saint Mary's Men's Tennis players James and Aidan Watt are brothers from New Zealand who are keeping the family feel of SMC going. Big brother James has helped little brother Aidan shape his game and his path to collegiate tennis and is easy to spot on campus at six-foot-nine, though younger brother Aidan is not far behind at just a shade under six-foot-four.

James attracted a lot of attention on the court in fact at a young age due to his height, being about six-foot-six at age 15, as it helps with a big serve along with generating a lot of power and kick in a player's game.