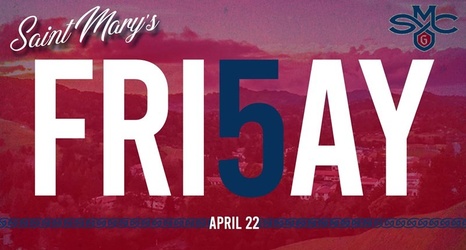 FRIDAY FIVE presents five facts about Saint Mary's teams that are in action, with things to look forward to during the upcoming week.

1. OUR TIME IN OJAI
Saint Mary's Women's Tennis will embark on the West Coast Conference Championship beginning on Thursday, April 28. The Gaels will enter as one of the hottest teams in the field, having won their last three matches entering the final weekend of the regular season. Mariia Kozyreva figures to be one of the leaders for SMC, ranked 44th in the country and fourth in the West Coast Conference.