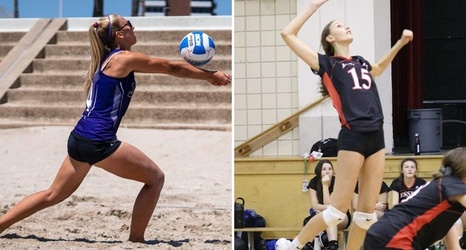 MORAGA, Calif. — With the Saint Mary's Beach Volleyball roster expanding with beach-only players, two new faces will be joining the Gaels for the upcoming 2022-23 season. Sadie Shipman and Sara Incitti will head to Moraga and join nine other new beach-only players, putting the current number of beach volleyball student-athletes at 22, the largest the roster has ever been.

Shipman transfers to the Gaels after spending her first two collegiate seasons at Stephen F. Austin in Nacogdoches. Shipman went 20-24 over her two years Lumberjacks, going 10-12 both seasons. She spent time primarily in the fours and fives, and last season, she went 8-8 in the fives, playing with three different partners.