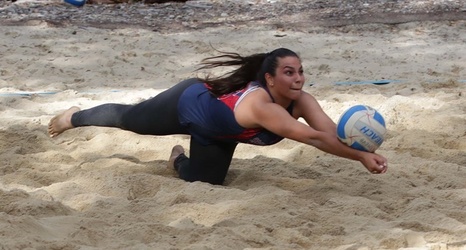 SANTA MONICA, Calif. — In the final day of the 2022 West Coast Conference Championship, Saint Mary's Beach Volleyball began play against Santa Clara. These two teams met in the final week of the regular season in Moraga and Saint Mary's won the match 4-1 for their best win over the Broncos during the year. The tables turned on Saturday, however, as the Broncos were able to win the final flight of the match to clinch a 3-2 win over Saint Mary's, ending the Gaels season, while the Broncos move on to the third-place match. The Gaels end the season with a 16-18 record.