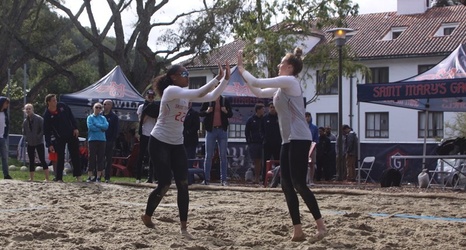 MORAGA, Calif. – The Gaels will look to build off the success of last weekend as they have mid-week matches against Santa Clara and Pacific.

SCOUTING REPORT
Saint Mary's had a dominant weekend at the WCC/Big West Challenge in Santa Cruz as they won all three of their matches. The Gaels began the day by sweeping Sacramento State before beating CSU Bakersfield 4-1 and then defeating CSUN 3-2. In the sweep of the Hornets, SMC did not allow their opponents to win a single set. Out of the 42 sets that Saint Mary's participated in across the three matches, they only lost seven sets.