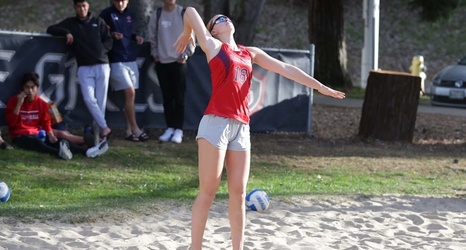 MORAGA, Calif. — Saint Mary's Beach Volleyball knew the stakes were high heading into Wednesday's home match against Santa Clara. After losing to the Broncos last week, the winner of this match has the inside path to the number three seed in the WCC standings. It took nearly three hours to decide, but Saint Mary's prevailed at home with a 4-1 victory despite several thrilling matches. SMC is now 14-12 and more importantly, 8-3 in WCC games.

The afternoon began under sunny skies with the Gaels dropping the opening match in three sets, with Julia Sangiacomo and Michelle Shaffer beating Chandler Cowell and Selbie Christensen 21-11, 15-21, and 15-11.