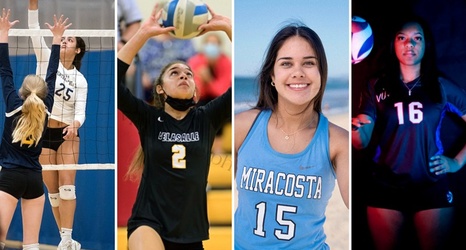 MORAGA, Calif. — With summer right around the corner, Saint Mary's Volleyball has been busy adding some fresh faces for the upcoming 2022-23 school year. Four new Gaels have been inked to continue their volleyball careers in Moraga, with three joining the beach team and one heading indoors.

Abby Castillon is the lone addition of this group that will play indoors during the fall, and she comes to the Gaels from Central Catholic High School in Modesto. The 5'11" outside hitter racked up some impressive numbers during her first two years of high school play, totaling over 1,000 kills and over 900 digs, with 91 blocks and 97 aces.