BVB | First Road Trip of the Season Set for this Weekend 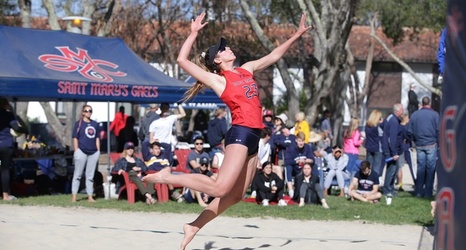 MORAGA, Calif. – The Gaels will leave for their first road trip of the season this weekend as they look to face off against Hawaii and Stanford.

SCOUTING REPORT
The Gaels had a tough start to their season last weekend as they dropped both matches against Cal and Grand Canyon. SMC was swept by the Golden Bears, followed by a 3-2 loss against the Lopes. Coming up, the Gaels will play a doubleheader on Saturday as they face off against Hawaii at 9:00 a.m. followed by an 11:00 a.m. start against Stanford.