The Kings are having fun on their ‘journey.’ That has led to wins and a playoff push 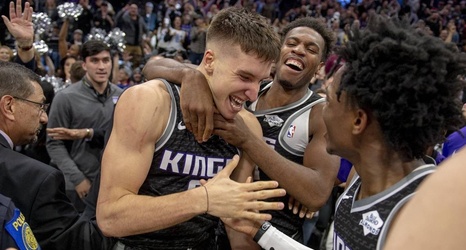 Well before this NBA season tipped off, Kings coach Dave Joerger spoke of the team’s “journey” back to winning.

There are still 17 games left, but it appears the journey is ahead of schedule.

When the Kings opened their four-game trip with a victory, it was more significant than just another win on the 82-game slate. Beating the New York Knicks on Saturday gave the Kings 33 wins, the most they’ve had in a season since 2015-16, when they finished 33-49.

It also put them over .500 in March. The last time the Kings had a winning record this late was 2005-06 — their last season in the playoffs.