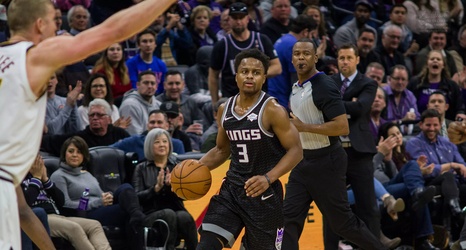 After the Sacramento Kings finalized the signing of Cory Joseph to a three-year, $37.2 million contract, a decision needed to be made regarding the third point guard spot.

Frank Mason held the backup point guard role after George Hill was dealt his rookie year and became focused on improving in year two following a bumpy start. When Yogi Ferrell was inked to a two-year deal that following season, a competition arose for Mason to retain the secondary role behind the evolving De’Aaron Fox.

If you recall, Ferrell actually started at shooting guard alongside Fox for the first two regular season games and played significant minutes.