The Bucks are expected to pursue Bogdan Bogdanovic this offseason 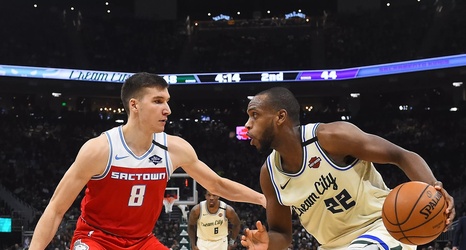 The NBA season is officially over, and Shams Charania of The Athletic has kicked off silly season for the Sacramento Kings with his latest batch of rumors from around the league. Per Charania, the Milwaukee Bucks are expected to be have interest in Kings guard Bogdan Bogdanovic this offseason.