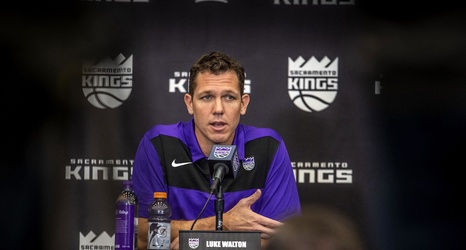 Even though the Sacramento Kings surprised the NBA world with their electric play, the front office of the organization still was not convinced enough to keep Dave Joerger as their head coach going forward.

Instead, the Kings quickly went to work after relieving Joerger of his coaching duties by going after Luke Walton and signing him to a long-term deal to lead the team.

When talking to my friends about the Kings’ recent coaching change, it is split. The people on the younger side like the move of hiring Walton while the more seasoned crowd wanted Joerger to remain the coach for at least one more year.