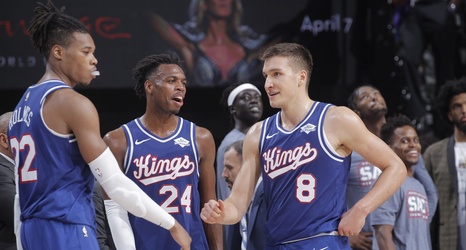 In October, hectic broke loose in the Sacramento Kings community. Entering the season with playoff aspirations, the team started the campaign winless in five games and even lost their star forward Marvin Bagley III due to a thumb injury.

With tensions rising and the team’s fanbase calling for people’s jobs, the Kings turned the ship around once November came along. The month of November was a solid span of basketball for the Kings as they finished with an 8-5 record which put them back into the playoff picture.

During that time, the Kings were facing tough teams like the Utah Jazz, Boston Celtics, and more in which they were able to win.