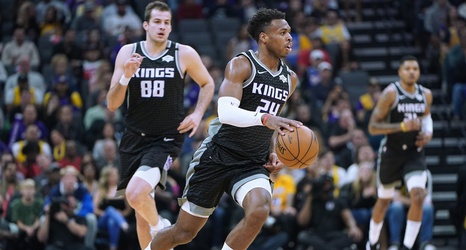 The 2019-20 season has been a roller coaster for both the Sacramento Kings and for Buddy Hield, and both are currently enjoying a high point. The Kings demolished the San Antonio Spurs on Saturday night by a score of 122-102, avenging a heartbreaking loss from back in December and extending their hot streak. The team has now won 6 of its last 8 games after an abysmal stretch around the holidays.

One of the key components to Sacramento’s success has been the lineup switch between Hield and Bogdanovic eight games ago. Bogdanovic has thrived alongside De’Aaron Fox, and will look to do so for the remainder of the season after weathering trade rumors for the better part of the last month.