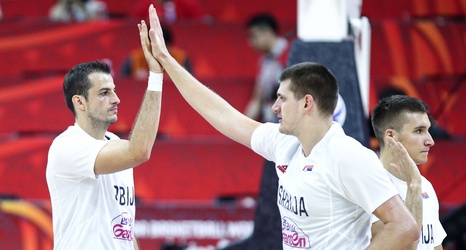 They might not have finished the way they wanted to, but the Serbian national team ended their FIBA World Cup campaign on a high note. For the rights to finish fifth place in the tournament, Serbia defeated the Czech Republic by a score of 90-81.

The Sacramento Kings were well represented during this match. Both Bogdan Bogdanovic and Nemanja Bjelica played in this game and finished with solid performances. Bjelica recorded three points and two rebounds while Bogdanovic blew up by scoring a whopping 31 points. Nothing new for Bogi as he has been an All-Star during this year’s World Cup.