Royal Reading: A proposed trade between the Kings and Pacers 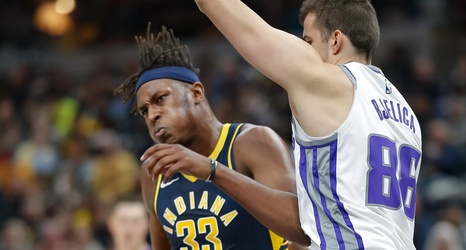 The 2020 NBA offseason will officially begin once the NBA Finals wraps up. Sacramento Kings general manager Monte McNair will start to shape the roster to his vision as he tries to get the franchise back to the playoffs for the first time since 2006.

The pandemic’s economic fallout means we are looking at a flat cap for next season, meaning teams will not have too much wiggle room to sign free agents. This could result in a lot of player movement, especially for organizations that are up against the cap.

Bleacher Report’s Greg Swartz came up with a trade that will shock each NBA fanbase and proposed this one between the Kings and Indiana Pacers:

While the Kings are probably more likely to trade Buddy Hield this offseason, what if they sent Bogdanovic off instead?