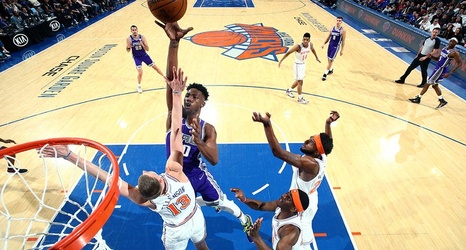 “It wasn’t always pretty, but we’re happy to get out with a win,” head coach Dave Joerger said after Saturday's win.

That mood was universal throughout the locker room, as the Kings didn't play their best, but still came out on top.

Sacramento defeated New York 102-94, with a matchup against the Washington Wizards set for Monday night.

While the Kings won, unfortunately, they were unable to make up ground in the standings, still sitting four games behind the San Antonio Spurs and LA Clippers for a final playoff spot.

The Spurs have won five games in a row, while the Clippers have won four games straight as their postseason aspirations continue.