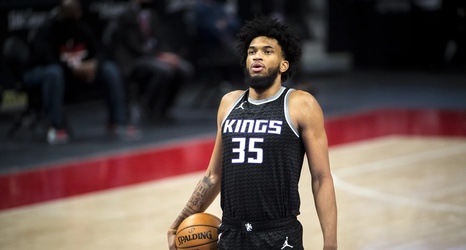 The Detroit Pistons have shown interest in trading for Sacramento Kings forward Marvin Bagley III, according to a report from NBA insider Marc Stein. Bagley, the No. 2 overall pick in the 2018 NBA Draft, has only appeared in one game for the Kings this season:

While in Detroit, I was advised to put the Pistons down as a team to watch as a trade suitor for the Kings’ disgruntled Marvin Bagley III.

No trade anywhere is considered likely, sources stressed, until after Dec. 15 arrives and the league’s pool of players eligible to be dealt grows considerably.