Omri Casspi’s recent struggles from beyond the arc 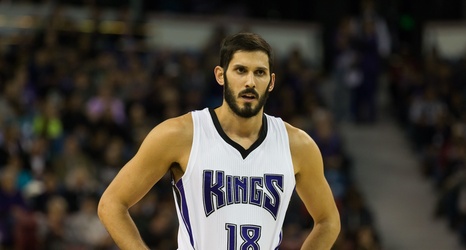 As Omri Casspi put on his slick plaid suit, you could see the frustration all over his face. He would move his head side-to-side in dismay. He had recently found out that he was snubbed from the NBA Three-Point Contest even after having an indelible shootout against the best shooter in the world (Stephen Curry) and his team had just allowed 18 3-pointers to the Brooklyn Nets.

He was nice enough to give me a short interview after the game even after a tough shooting night.