Nemanja Bjelica’s skills need to shine off the bench 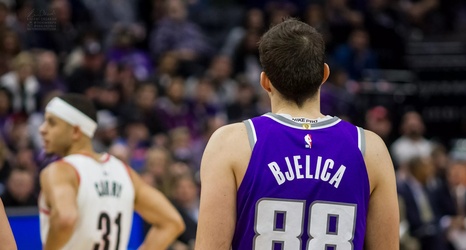 No one could’ve predicted the blistering beginning to Nemanja Bjelica’s tenure as a Sacramento King. October treated Bjelica unquestionably well as the Serbian averaged 15.1 points, 6.5 rebounds, 3.0 assists, 1.3 steals and 1.0 blocks on 58.2 percent shooting from the field and a whopping 54.5 percent from three on 4.1 attempts in 27.6 minutes a game.

Additionally, when the Kings won those games early in the season, Bjelica typically inserted himself as a critical reason to the victory. When the Kings lost, his performance took a drastic hit and I labeled it The Nemanja Bjelica Effect.