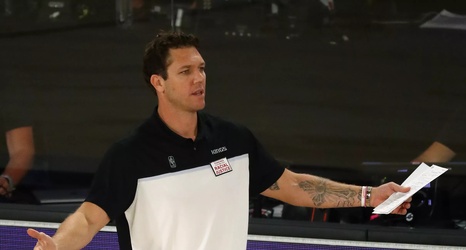 The Sacramento Kings deflating loss to the Dallas Mavericks showed just how much Luke Walton needs to do if he ever wants to be a competent head coach in the NBA.

After his team had embarrassing back-to-back losses in their opening two seeding games, it looked like the Kings finally found their mojo. Walton actually made an adjustment that paid early dividends when he inserted Cory Joseph into the starting lineup in place of Nemanja Bjelica, who has been a defensive liability.

Sacramento came out blazing in the first quarter, outscoring the Mavericks 37-27, marking the first time the Kings had a lead after the opening 12 minutes in three games.