Kings vs. Lakers final score: Nemanja Bjelica ends the season on a high note in 136-122 win 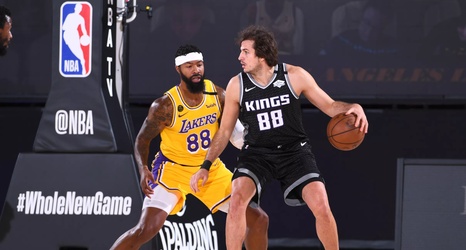 On the final game of the season, it seemed like the Kings were reverting to their worst habits. They got off to a slow start, surrendering 40 points in the first quarter as they let the Lakers — who have been the worst 3-point shooting team in the bubble — get into rhythm long range. It was the fifth time (including scrimmages) that Sacramento has surrendered at least 37 points in the first quarter during the restart.

But like they have so many times this season, the Kings bounced back. Their shots started falling, rotations tightened up, and the energy level picked up as Sacramento completely turned the tied of the game, ultimately ending the season with a 136-122 win.