Kings vs. Jazz preview: The tank is fully in effect 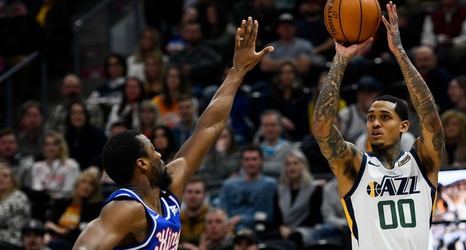 The chase for the play-in in the Western Conference hasn’t been very competitive recently. On the one hand, there are four teams within 3.5 games of each other for the no. 9 and no. 10 seeds. On the other hand, those four teams have lost 25 of their last 30 games. Instead of pushing past each other into the postseason, the squads are falling flat on their faces.

That’s the silver lining for the Kings, I suppose. They’ve squandered a golden opportunity to make up ground in the standings, but they’re not the only ones.

In the event that Sacramento actually tries in this game, which the Kings have failed to do in the last two contests against league bottom-dwellers, that might not be enough against the team with the best record in the NBA, the Utah Jazz.