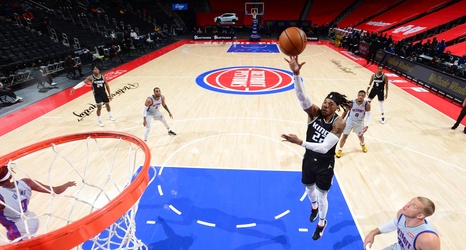 With nine minutes to play, the Kings were staring down the barrel of their tenth consecutive defeat. They were down eight, having blown a double-digit first-quarter lead, and the Pistons were revving up for the finish.

But a surprise stint from Nemanja Bjelica — brought into the game in the fourth quarter to help juice the offense — was just the ticket to turning Sacramento’s momentum around, as the Kings rallied and held on for a 110-107 win.

Bjelica came into the game with six seconds left in the third and then didn’t leave the court for the rest of the night.