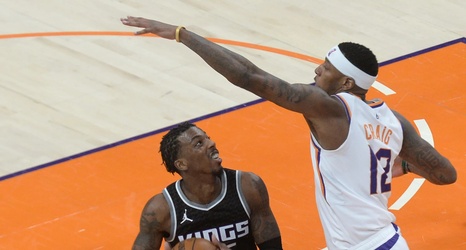 The losing streak is now at nine.

The Sacramento Kings played hard but came up short in a 122-114 loss to the Phoenix Suns.

De’Aaron Fox led the Kings with 27 points and eight assists, while Buddy Hield chipped in with 24 in the loss. Devin Booker had 23 for the Suns.

Sacramento played Phoenix tough in all four quarters, but a late run by the Suns was the difference. The game was tied up at 99-99 with 8:30 to go before Phoenix began to pull away. Led by Booker and Chris Paul, the Suns went on a 23-15 run to close things out.