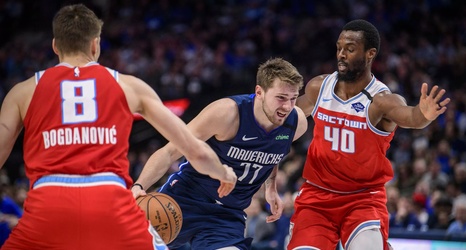 The Kings’ recent run of good vibes came to a screeching halt in Dallas on Monday night, as Sacramento suffered a 130-111 loss to the Mavericks in their last contest before the All Star Break.

Buddy Hield tried to carry the listless Kings, finishing with 22 points and 9 assists, but the Kings not-named Chavano combined to shoot just 33 of 78 (42%) from the field; meanwhile, Luka Donu010diu0107 had 33 points, 12 rebounds, and 8 assists, Kristaps Porzingis had 27 points, 13 boards, and 5 assists, and the Mavericks not-named Luka or Kristaps combined to shoot 27 of 51 (52%) from the field.