Kings 102, Knicks 94: De’Aaron Fox takes over with 30 points as Sacramento opens road trip with a win 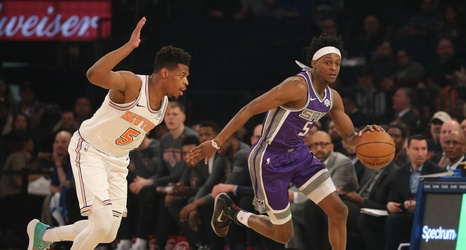 A 12 p.m start time in the East Coast isn’t going to benefit a team in the mindset of a 9 a.m. time zone and that’s the way it was looking early. The Kings opened the first quarter trailing by 15 and you have to wonder when will they find their wheels against the team with the worst record. It only took them until the second quarter to get back into the game and the game was close the rest of the way. Then De’Aaron Fox completely took over late in the fourth and the Kings move back into the win column.