Is This The Year Bogdan Bogdanovic Breaks Out? 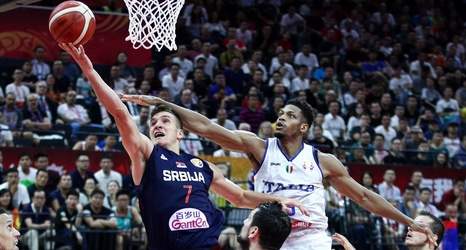 The 2017-18 Sacramento Kings were an odd bunch. A 36-year old Zach Randolph was the teams’ leading scoring at 14.5 PPG. Buddy Hield found his offense from the bench after struggling in the starting lineup. De’Aaron Fox showed a ton of promise, particularly in clutch moments, but wasn’t a good NBA point guard yet. Harry Giles was a healthy scratch all year.

While most of the Kings’ youth spent the 2017-18 season trying to figure out who they were going to be in this league, 25-year old Serbian rookie Bogdan Bogdanovic looked comfortable despite all the reasons why he shouldn’t.