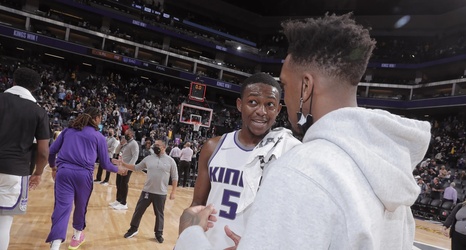 On July 6, the Sacramento Kings were able to make a splash in the free agent pool by signing guard Malik Monk, De’Aaron Fox’s college teammate. An acquisition that immediately addressed their lack of shooters to spread the floor.

But why would Monk, who had a prominent role playing beside LeBron James on the Los Angeles Lakers leave for a division rival? In a story by Jason Anderson Sacramento of The Sacramento Bee, he highlighted how the relationship Monk built with Fox when they were kids played a major role in his decision.