How does Damian Jones fit into the center rotation? 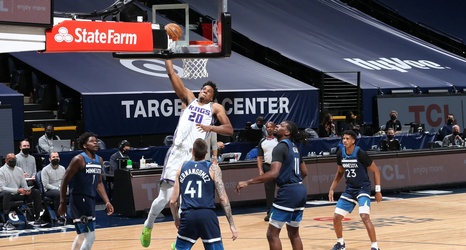 The Kings officially announced the signing of Damian Jones to a 10-day contract today, bringing the roster to 17 once again, including the team’s two-way players.

Jones had an interesting stint with the Los Angeles Lakers recently, providing some vertical spacing for the team. His statistical production was fairly muted, however. In the one game the Lakers played against the Kings, Jones had one rebound, one block, and three fouls in 14 minutes.

Sacramento has a lot of bigs on the roster already, and Jones is now the fourth player who can be exclusively categorized as a center, which begs the question of how the Kings plan to use him.