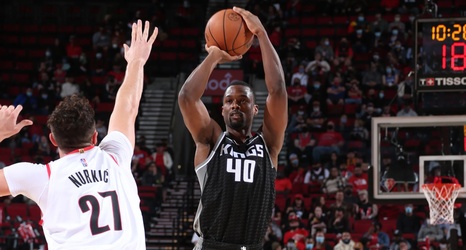 The Sacramento Kings claimed their first victory Wednesday night with a 124-121 win over the Portland Trail Blazers.

Sacramento saw several key players flaming hot on the offensive end of the spectrum, with Harrison Barnes shooting a career high 8-10 from beyond the arc going for 36 points while De’Aaron Fox exploded in his season debut with 27 points.

Holmes dominated the glass, collecting his first double-double of the season with 21 points and 11 rebounds.