Fox, Haliburton among ESPN’s best 25 under 25 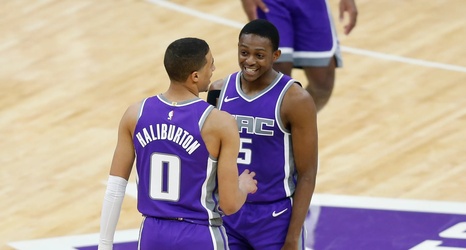 In general manager Monte McNair’s first year at the helm, the Sacramento Kings have had an up and down season. The team has gone on impressive runs but also looked less than stellar during specific stretches of the season.

During his introductory press conference, McNair preached patience and has tried to make moves to maintain financial flexibility going forward, especially as he tries to build a roster around two talented young pieces.

The Kings have the building blocks in place, with De’Aaron Fox and Tyrese Haliburton just scratching the surface of their potential. ESPN released its NBA’s best 25 under 25 list, and both Sacramento players were selected.