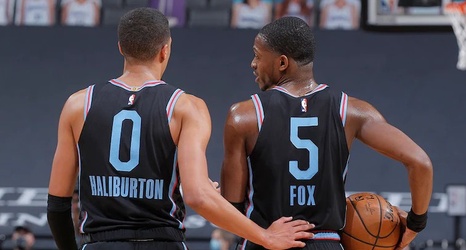 It's no secret that De'Aaron Fox and Tyrese Haliburton are a dynamic duo.

This week, ESPN released their annual rankings of the NBA's best 25 under 25, a list compiling the top young talent in the Association.

Both young Kings earned the honors.

Coming in at No. 6 — ahead of players such as Ben Simmons, Devin Booker and Bam Adebayo — was Fox.

"Fox is one of only seven players in the NBA averaging at least 24 points and 7 assists per game as the leader of a Kings franchise that finally appears headed in the right direction," wrote Mike Schmitz.