Cory Joseph gets his revenge game against Kings 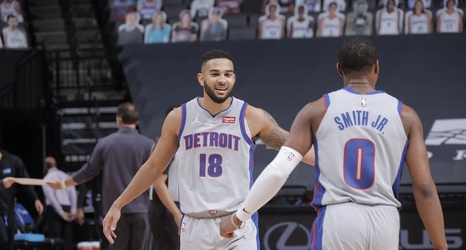 The “Cory Joseph Revenge Game” went according to plan, to the chagrin of the Sacramento Kings, who extended their losing streak to five games with an embarrassing 113-101 loss to the Detroit Pistons. The Pistons now have 16 wins on the season.

The Kings’ decision to trade Joseph and the $25.2 million left on his contract to the Detroit Pistons in exchange for Delon Wright was widely-viewed as a savvy move because, well, it was. Wright is a year younger than Joseph and makes roughly $3 million less annually. He’s also a better with the Kings’ core pieces than Joseph was.