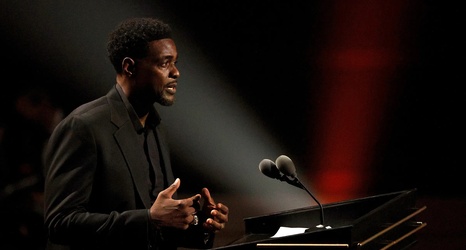 It was a special night in Springfield, Massachusetts on Saturday, as three fixtures in Sacramento basketball were enshrined into the Naismith Memorial Basketball Hall of Fame. Among the 2021 class were Kings legend Chris Webber, Monarchs champion Yolanda Griffith and Kings coach Rick Adelman.

In their speeches, both Griffith and Webber addressed the city and its fans in what can only be described as a love letter to Sacramento.

Chris Webber’s message to the fans:

“And now, to the best fans in the world; to the Sacramento Kings.

I just want to talk a little bit about God’s grace.