Brewer Doing Whatever It Takes to Shift Kings Culture 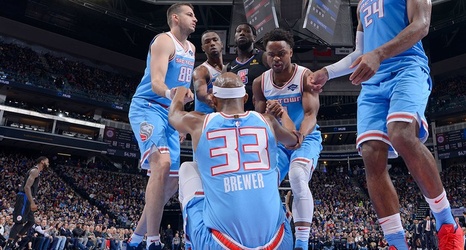 The veteran swingman is ready and willing to make an impact any way he can in Sacramento.

In his 12th season in the Association, not much surprises Corey Brewer anymore.

But, now on his eighth NBA team, No. 33 says he has yet to encounter a squad quite like this Kings team.

“Once I got here, I could see that it was going to be something special. I’ve been on a lot of teams, but it’s all good guys on this team so [adapting has] been easy,” said Brewer. “They’ve welcomed me with open arms.